hey everybody it’s Doctor Jo, and today I’m going to show you seven easy core strengthening exercises. so let’s get started. Before we start if you haven’t subscribed already make sure and click on the button. so we’re gonna start off with some pretty easy core strengthening exercises and then get to a little bit harder. so the first ones we’re gonna start off with just gonna lie down on the floor.

Now if you are not comfortable getting on the floor, you can do this on your bed or a couch. you just want it to be firm enough where you can do the movement. so a lot of people say they can’t get up off the floor, just get on your bed or your couch and do it and that should be fine. so we’re going to start off with a pelvic tilt.

With the pelvic tilt, basically what you’re trying to do is flatten out your back onto the floor.

So that little curve that we have in our back, you’re moving that pelvis or you’re tilting the pelvis to push it flat down, and that kind of just contracts those core muscles. so once you do that, if you can see that movement almost like you’re going to lift up your bottom but you’re not going all the way up. hold that for about three to five seconds and then relax. so just start off with doing about ten of those and this is just really to kind of start getting them loosened up, getting those movements, getting the muscles starting, but not going too crazy yet.

So again just a three to five-second hold really trying to flatten it out.

if you need to put your hand under there as a target, you can, but you really want to feel that back flat on the floor, and then do about ten of those. so after you get those, get everything kind of loosened up in there, you’re gonna go into a full bridge. so now you’re just lifting your bottom up off the floor, and you want to lift it to about where it’s level, but not arching your back. and really just slow and controlled the whole time. so you’re coming up and then once you start to come back down, come one segment at a time.

so you don’t have to pause at each segment, but really control it so you’re going up and then nice and slow coming back down. so again just starting off with about ten of these. if this becomes really easy, you can do 15 to 20 up to 25. if you get to 25 and they’re pretty easy then you can actually start doing one-legged bridges.

So just coming up and then coming back down, still trying to keep everything level.

so if you feel like you go up and your hip is dropping, let me do it on this site so you can see, if it’s dropping like that, that just means you’re not quite strong enough and ready for it, so then go back to the two legs. so then we’re gonna go and use a swiss bowl. today I’m going to be using the King athletic Swiss ball, and if you’re interested in purchasing it make sure you click on the link up here. so now we’re going to go into a prayer plank on the ball. so I would start with a modified which is on your knees because this one is a little bit harder.

using a Swiss ball makes an uneven surface. so just kind of place your arms on the Swiss ball and then bring your knees back, tucking in the butt.

So squeeze those butt muscles in and try and be in a fairly straight line when you do it. if this is easy, if you can hold it and get to a minute and you’re just kind of like “do, do, do,” then you can come up into a full plank. but really squeezing in that butt, holding it nice and tight, keeping everything tight.

so you’re not sagging down, you’re not coming up like that, you’re really trying to stay in a nice straight line. so again starting off maybe 10 to 15 seconds and then working your way up from there. so the next one with a Swiss ball, you’re gonna lie down and put your legs on the ball. so bend the knees and get kind of in a comfortable position. if you need a pillow for your head, you can if you just want to lie down flat on the floor you can do that as well, but keep those knees just a little bit bent.

and then you’re just gonna kind of rotate your hips from side to side. 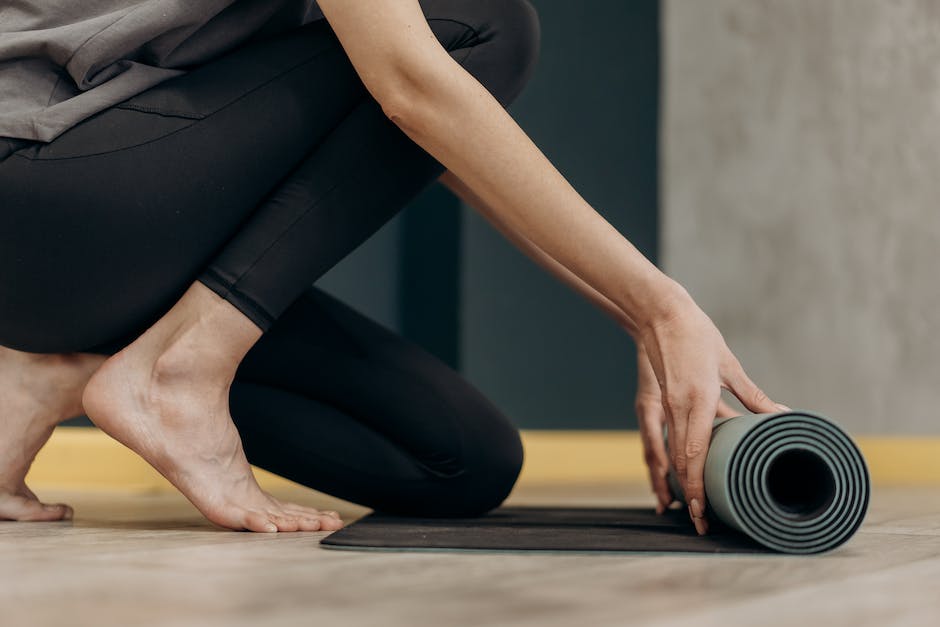 So almost like a trunk rotation, but now you’re just getting those core muscles strengthening in a rotation position. so you don’t have to go and rotate all the way down, just go until you feel a little bit of tightness and then come back up. keep it nice and smooth and controlled. so again just doing maybe five on each side, and then you can progressively go down deeper if you need to.

for the next Swiss ball exercise, you’re gonna be sitting on the Swiss ball. when you sit on a Swiss ball you want your hips and your knees to be about at 90 degrees. so your feet are nice and flat but your knees aren’t coming right up. so you want to be in a pretty comfortable position. so with this one I have a pretty heavyweight here, you probably just want to start off with maybe a two or three pound weight and then work your way up from there.

So just take the weight and put it straight out in front of you, and then just gently rotate from side to side. so again this is working the core in a rotational movement. try and keep your back nice and upright and just gently rotate back and forth. if you feel like the weight is starting to drop, and you’ve only done like two or three, it probably means the weight is too heavy, and then just get something lighter. you can actually do these if you’re not quite ready for a weight just clasp your hands out in front of you and still do that rotational motion.

so you’re still getting a good core strengthening exercise with this. so if you’re not quite ready for that weight, you can actually do that as well. whoa! so the next exercise is a tall kneeling lean back. this works your hamstrings as well as your core, so as you can see I don’t have anything anchoring my feet.

Sometimes people do need something holding their feet down to do this. again you can go modified and just go here, you can place your hands on your hips here, or you can just have it down by your side, but if you just want to start right here you can. I’m already feeling my core and my quads and my hamstrings working, but once you start going further back you’re gonna feel that a lot more, so don’t try going really far back in the beginning because you need good flexibility with this as well.

so the last exercise is going to be standing. so the last core exercise is going to be a simple elbow to knee standing up. so you can either do the same side, or you can do opposite back and forth. so this one requires some balance while you’re doing it, so if you don’t have really good balance, you might want to start off doing these sitting or lying down and then you can work your way to standing up. some people put their hands all the way behind their head, I just kind of like to hold my hands up a little bit.

so you can do the same side, you’re kind of meeting in the middle. so you’re, but you’re not curling your upper trunk forward, you’re just kind of crunching as you’re going. or you can alternate sides back and forth. so this is not only working your balance, but it’s working your core as well.

I’m not coming down and bending my back, I’m just meeting in the middle to really work those core muscles. so again, you can start off five on each side, then work your way up to 20. if you’re getting the 20 – 25 on each side and that’s easy, and then you can start doing some other stuff. so there you have it those were the seven easy core strengthening exercises. if you’re interested in purchasing the King Athletic Swiss ball, make sure and click on the link up there, and don’t forget to subscribe by clicking down there.

and remember be safe, have fun, and I hope you feel better soon…